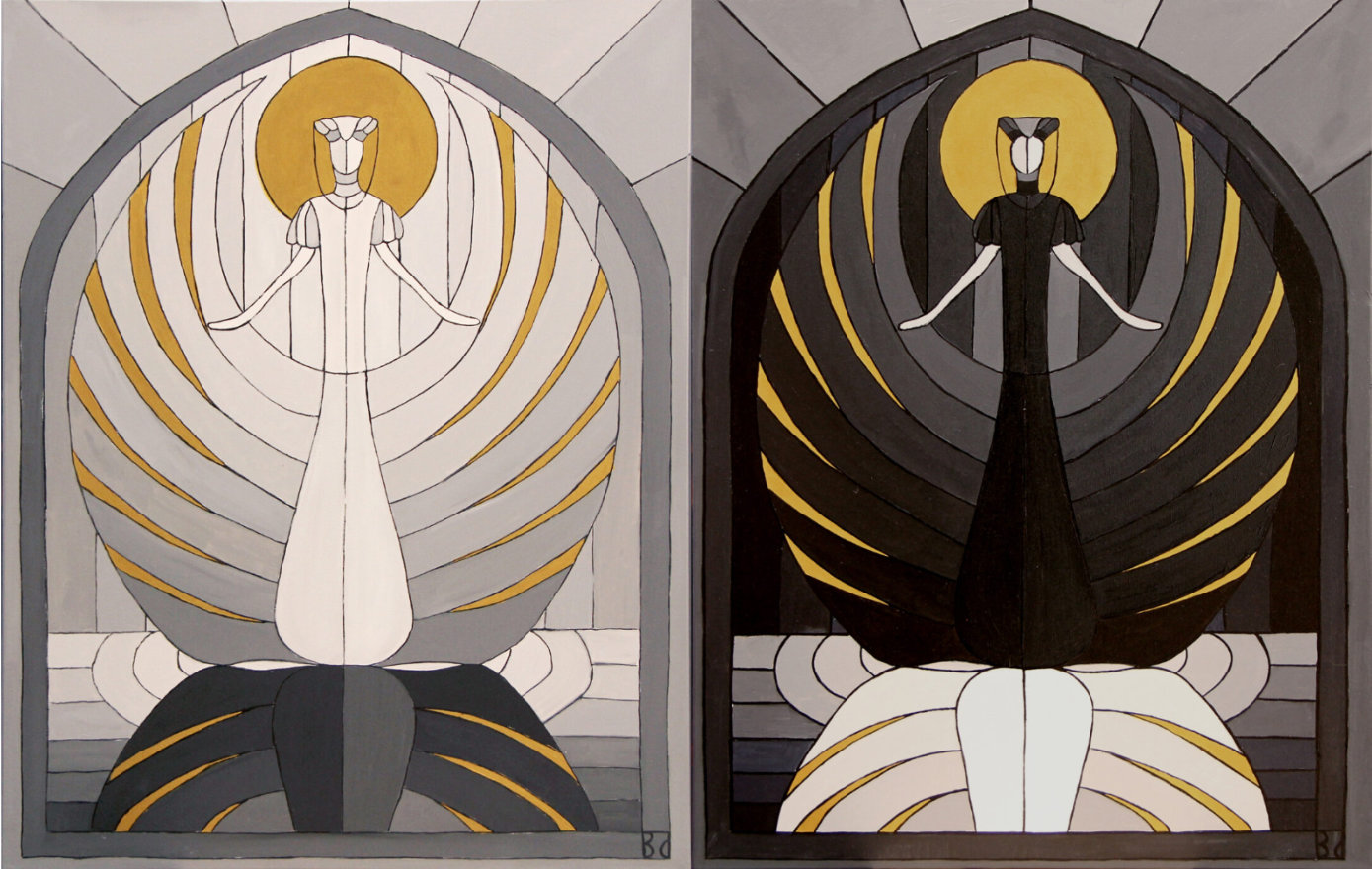 This installation (Die Erfolgskapelle) was first shown in September 2017 in Halle (Saale) in Germany, as part of Bettina John’s solo show “Das Schloss” (The Castle). In this version of the installation, the artist made use of the heavily textured wooden walls turning them into a “temple” to allow for contemplating success, its ups and downs, its pros and cons and everything that comes with it or not when absent. The installation consisted of a series of oil paintings reminiscent of stained glass windows particularly found in churches.