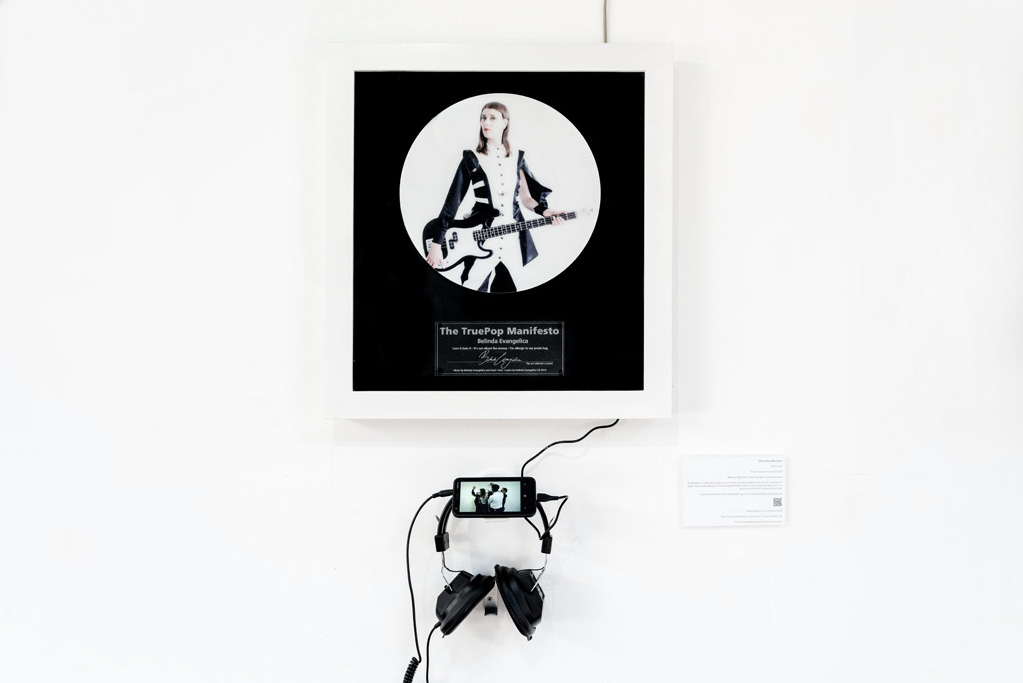 The TruePop Manifesto is a project that has manifested into various forms and media. The various works that are part of this project involve Belinda Evangelica, one of Bettina John’s five Alter Egos that she has been working with since 2012. The different forms this project took range from published music and live performance to fashion, installation and motivational speech.

Below is the music video produced in 2014 which was the released alongside Evangelica’s debut EP “The TruePop Manifesto”. This release was followed by two limited vinyl editions of which one was exhibited as part of an installation in the group exhibition “Save Changes” at Stour Space in London in 2015. Evangelica also performed live at Stour Space, which led to a press coverage in the East End Review, a local newspaper covering art and culture in Hackney.